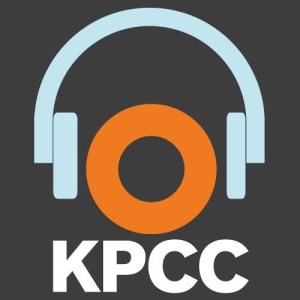 Listen to KPCC on their SoundCloud channel

This Tuesday, October 30, Nick Roman, KPCC’s host of All Things Considered, interviewed OSET’s Chair & COO, Greg Miller, to discuss the use of the open source VSAP 1.0 system that will be used to tally mail-in ballots for this November’s midterm election in LA County.

The topics range from election security and transparency, open source software development and security, to public confidence in the voting process.

If you missed the broadcast, you can listen to the entire segment on KPCC’s SoundCloud channel (5 min. audio).

The Real Crisis of US Election Security

With the United States midterm elections coming soon, US election systems are already under attack, via false or misleading stories on social media (disinformation attacks). These systems are also vulnerable to more serious subversion attacks, where digital components are targeted and compromised to alter or manipulate the actual casting of ballots and tabulation of results. How did the US reach this crisis point, where this critical infrastructure is now so vulnerable? Is there any way to remedy this threat to the most fundamental building block of a healthy democracy, a secure and reliable voting system?

END_OF_DOCUMENT_TOKEN_TO_BE_REPLACED

If you’ve read some of the ongoing thread about our VoteStream effort, it’s been a lot about data and standards. Today is more of the same, but first with a nod that the software development is going fine, as well. We’ve come up with a preliminary data model, gotten real results data from Ramsey County, Minnesota, and developed most of the key features in the VoteStream prototype, using the TrustTheVote Project’s Election Results Reporting Platform.

I’ll have plenty to say about the data-wrangling as we move through several different counties’ data. But today I want to focus on a key structuring principle that works both for data and for the work that real local election officials (LEOS) do, before an election, during election night, and thereafter.

Our shorthand term for this dataset is JEDI (jurisdiction election data interchange), which is all the data about an election that an independent system would need to know. Most current voting system products have an Election Management System (EMS) product that can produce a JEDI in a proprietary format, for use in reporting, or ballot counting devices. Several states and localities have already adopted the VIP standard for publishing a similar set of information.

We’ve adopted the VIP format as the standard that that we’ll be using on the TrustTheVote Project. And we’re developing a few modest extensions to it, that are needed to represent a full JEDI that meets the needs of VoteStream, or really any system that consumes and displays election results. All extensions are optional and backwards compatible, and we’ll be submitting them as suggestions, when we think we got a full set. So far, it’s pretty basic: the inclusion of geographic data that describes a precinct’s boundaries; a use of existing meta-data to note whether a district is a federal, state, or local district.

So far, this is working well, and we expect to be able to construct a VIP-standard JEDI for each county in our VoteStream project, based on the extant source data that we have. The next step, which may be a bit more hairy, is a similar standard for election results with the detailed information that we want to present via VoteStream.

Last time, I explained how our VoteStream work depends on the 3rd of 3 assumptions: loosely, that there might be a good way to get election results data (and other related data) out of their current hiding places, and into some useful software, connected by an election data standard that encompasses results data. But what are we actually doing about it?

Answer: we are building prototypes of that connection, and the lynchpin is an election data standard that can express everything about the information that VoteStream needs. We’ve found that the VIP format is an existing, widely adopted standard that provides a good starting point. More details on that later, but for now the key words are “converters” and “connectors”. We’re developing technology that proves the concept that anyone with basic data modeling and software development skills can create a connector, or data converter, that transforms election data (including but most certainly not limited to vote counts) from one of a variety of existing formats, to the format of the election data standard.

And this is the central concept to prove — because as we’ve been saying in various ways for some time, the data exists but is locked up in a variety of legacy and/or proprietary formats. These existing formats differ from one another quite a bit, and contain varying amounts of information beyond basic vote counts. There is good reason to be skeptical, to suppose that is a hard problem to take these different shapes and sizes of square data pegs (and pentagonal, octahedral, and many other shaped pegs!) and put them in a single round hole.

But what we’re learning — and the jury is still out, promising as our experience is so far — that all these existing data sets have basically similar elements, that correspond to a single standard, and that it’s not hard to develop prototype software that uses those correspondence to convert to a single format. We’ll get a better understanding of the tricky bits, as we go along making 3 or 4 prototype converters.

Much of this feasibility rests on a structuring principle that we’ve adopted, which runs parallel to the existing data standard that we’ve adopted. Much more on that principle, the standard, its evolution, and so on … yet to come. As we get more experience with data-wrangling and converter-creation, there will certainly be a lot more to say.

It’s time to finish — in two parts — the long-ish explanation of the assumptions behind our current “VoteStream” prototype stage of the TrustTheVote Project’s Election Result Reporting Platform (ENRS) project. As I said before, it is an exercise in validating some key assumptions, and discovering their limits. Previously, I’ve described our assumptions about election results data, and the software that can present it. Today, I’ll explain the 3rd of three basic assumptions, which in a nutshell is this:

So, where are we today? Well, as previous postings have described, we made a good start on validating the first 2 assumptions during the previous design phase. And since starting this prototype phase, we’ve improved the designs and put them into action. So far so good: the data is richer than we assumed; the software is actually significantly more flexible than before, and effectively presents the data. We’re pretty confident that our assumptions were valid on those two points.

But where did the 2012 election results data come from, and how did it get into the ENRS prototype? Invented elections, or small transcribed subsets of real results, were fine for design; but in this phase it needs to be real data, complete data, from real election officials, used in a regular and repeated way. That’s the kind of connection between data source and ENRS software that we’ve been assuming.

Having stated this third of three assumptions, the next point is about what we’re doing to prove that assumption, and assess it limits. That will be part two of two, of this last segment of my account of our assumptions and progress to date.

As I often do, I had a thoughtful Martin Luther King Day — as you can see from my still pondering a couple days later. But I think I now have something to share. Last time I wrote on MLK, I likened two unlikely things:

Still a bit of a stretch, no doubt, because since my little moment by the waterfalls of the MLK memorial in San Francisco,
I’ve had rather mixed success in explaining why this kind of transparency is so difficult. Among the reasons are the complexity of the data, and the very inconvenient way it is locked up inside voting system products and proprietary data formats.

But perhaps more important, it is just a vexingly detailed and complicated process to administer elections and conduct voting and counting — paradoxically made even more complex with the addition of new technology. (Just ask a New York state election admin person about 2010.) In some cases, I am sure that local election officials would not take umbrage at the phrase “Rube Goldberg Machine” to describe the whole passle of people, process, and tools.

So, among my new year’s resolutions, I am going to try to communicate, by example, a large part of the scope of data and transparency that is needed in U.S. elections. It will take some time to do in small digestible blogs, but I hope the example will serve to illustrate several things:

One challenge will be keeping the example at an artificially small scale, for comprehensibility, while still providing meaningful examples of the data and the election officials’ work to use it. On that point especially, feedback will be particularly welcome!