The U.S. midterm elections are less than 50 days away. There are many reasons to be concerned that some adversaries of the United States will attempt, again, to sow chaos in the upcoming U.S. election, and undermine the legitimacy of these contests. 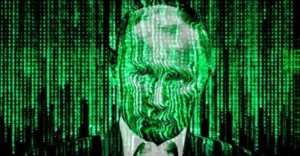 Most experts believe that Russia … will continue to interfere in U.S. elections on some level(s). Others are raising concerns about China and even Iran.

This interference will be in the form of three different types of attacks, first identified in OSET’s Critical Democracy Infrastructure Briefing. The three types of attacks are:

Attacks are happening now, and will increase

Already, Dan Coats, the Director of National Intelligence, has sounded the alarm regarding imminent and ongoing defamation attacks from Russia against the U.S.:

Russia is trying to spread propaganda on hot-button issues using social media … Moscow’s strategy is to exacerbate sociopolitical divisions … We continue to see a pervasive messaging campaign by Russia to try to weaken and divide the United States.

FBI Director Christopher Wray stated in August that Russian intelligence is focused on “malign influence operations,” which he called “information warfare.” Later that month, Facebook shut down over 30 pages and accounts with suspected ties to Russia.

The U.S. is not the only country whose elections are being targeted by Russian attacks:

Counselor Santoro identifies the most likely attacks that will occur in the next two months:

Although this sounds like relatively good news, the danger is, if anything, increasing:

Our foreign adversaries (again, in particular the Kremlin), are in for the very long game … they’re monitoring and preparing in the misguided belief they can successfully subvert our election and manipulate our government when the stakes are high enough in 2020.

What can we do to protect our election systems?

We aren’t helpless in the face of this gathering storm. But we must take action to protect U.S. electoral systems. Ms. Santoro identifies the most important steps we must take. Our voting systems must be:

Although we know that Russia is currently pursuing defamation attacks against the U.S. election system, and will continue to do so until the 2018 midterms are concluded, we may be able to prevent the much more dangerous disruption and subversion attacks in 2020, but only if we start working now to secure the U.S. election infrastructure.

The OSET Institute‘s TrustTheVote Project addresses these issues with our modular ElectOS public software framework/platform, designed from the ground up to deliver verifiable, accurate, secure, and transparent elections.

More information and how you can help