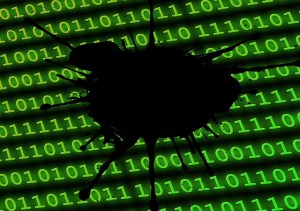 This Monday, state officials in Maryland acknowledged that problems with their “motor voter” systems are more significant than originally described:

[A]s many as 80,000 voters — nearly quadruple the original estimate — will have to file provisional ballots Tuesday because the state Motor Vehicle Administration failed to transmit updated voter information to the state Board of Elections.

This announcement, made only hours before the polls opened for Maryland’s Tuesday primary, will mean more than just a minor inconvenience for the tens of thousands of voters affected. Sen. Joan Carter Conway (D-Baltimore City), chairwoman of the Senate Education, Health and Environment Committee, said that this situation will “confuse voters, suppress turnout, and disenfranchise thousands of Marylanders.”

Yet the significance of this programming error is broader still. Sen. Richard S. Madaleno Jr. (D-Montgomery), who is also running for governor of Maryland, called the incorrect registration of thousands of voters a “catastrophic failure.” In his statement, he continued, “The chaos being created by this failure subjects real harm to our most cherished democratic values,”

Is this election season hyperbole? Not at all, says John Sebes, Chief Technology Officer of the OSET Institute (the organization that runs the Trust The Vote project). In his recent article, Maryland Voter Registration Glitch: A Teachable Snafu, Mr. Sebes identifies the wide-ranging problems that will follow from these kind of disruptions at a larger scale:

If a foreign adversary can use cyber-operations to maliciously create a similar situation at large scale, then they can be sure of preventing many voters from casting a ballot.  With that disruption, the adversary can fuel information operations to discredit the election because of the large number of voters obstructed.

It is, in fact, the credibility of the entire election itself that is at stake. These kinds of technical problems don’t need to be the result of nefarious interference in the election process. Mr. Sebes continues,

The alleged system failure (hack, glitch, or whatever) doesn’t even need to be true!  If this accidental glitch had occurred a couple of days before the November election, and came on the heels of considerable conversation and media coverage about election hacking, rigging, or tampering then it would be an ideal opportunity for a claimed cyber-attack as the cause, with adversaries owning the disruptive effects and using information operations to the same effect as if it were an actual attack.

Maryland is clearly vulnerable to this kind of attack on the credibility of their electoral process. Already, some are sounding the alarm that these voter registration problems weren’t identified quickly — plus, there’s no way to verify the process itself:

Damon Effingham, acting director of the Maryland chapter of Common Cause, said it was “preposterous” that it took MVA officials four days to figure out the extent of the problem and that there is no system to ensure that its system is working properly.

John Sebes and the Trust The Vote project have spent years developing open source election software and systems to address these issues. But that alone isn’t sufficient. Mr. Sebes identifies the steps that election officials can take now to prevent the kind of problems that Maryland is experiencing this week:

The Maryland glitch is not so much about failed integration of disparate data systems, but much more about unintentional catalyzing of opportunities to mount “credibility attacks” on elections and the need for a different kind of preparation.