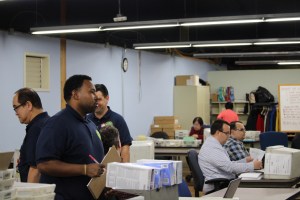 My thanks to the Center for American Progress (“CAP”) for their recent report “9 Solutions to Secure America’s Elections”. As my colleagues here at OSET Institute have already written, we agree with many of the report’s recommendations at a short term tactical level, but in addition have a longer term strategic view based on principles of national security, homeland security, and critical infrastructure protection. I’m very pleased that CAP has joined the discussions in the election integrity and technology community — especially the discussion about how election officials (“EOs”) can move ahead to better protect the critical election infrastructure (“EI”) that they operate. One of my two contributions to this discussion is not to disagree with CAP’s tactical recommendations, but to suggest that as guidance to EOs, any tactical recommendation is going to be more effective in a framework of greater respect for EOs.

I comment below on CAP’s report in each of these areas.

While I don’t disagree with most of CAP’s recommendations, I do find several of them to be formulated with a common flaw — lack of acknowledgement of states’ critical roles in U.S. elections. There are several statements that use words like “require” and “mandatory.”

I object to all of these as being likely interpreted as over-riding states’ fundamental independence in matters of elections. The Federal government can’t and shouldn’t try to make any requirements, and no one else should dictate to states either. In the election integrity and technology community, we can suggest to individual states that their state election directors determine how to make new state specific requirements on their localities – for example, for uniform risk-limiting ballot audit processes and creation of public evidence from them. But it is up to states to decide what is appropriate and feasible for their state and its local elections offices.

We can hope that the growth of multi-state information sharing practices will lead to common approaches nation wide, but I don’t think it’s right to say that states need to be dictated to by anyone.

Particularly vexing is the suggestion that new Federal law should mandate vulnerability analysis of EI. Existing voting systems have already seen ample security analysis and discovery of many security vulnerabilities. Such discovery has occurred in every certified voting system product that states have assessed in efforts like TTBR, Everest, and more recent work. Federal legislators or regulators are not equipped to specify exactly what types of analysis are sufficient. Even if they were, a new unfunded Federal mandate to perform analysis would likely have a perverse effect — to shift limited funds away from the mitigation of vulnerabilities that are already well known, to required re-analysis of systems already known to highly vulnerable.

CAP makes a similar suggestion to require updating and securing voter registration (VR) systems. But this assumes that VR systems have inadequate security that isn’t being addressed. In fact, that’s not yet known. Some states have already focused on VR security, others recently sought DHS cyber security assistance, and others have not. Some VR systems might need a major re-design for cyber-security, while others might benefit from operations changes for better cyber “hygiene”. As with other activities that I list in the next section, VR cyber security improvements are ongoing.

Lastly, I find especially inappropriate the recommendation for automatic voter registration (AVR). Each state has a right to regulate its voter rolls as it sees fit, and AVR is not universally viewed as an improvement. Indeed, in some states, AVR would work against the state’s political culture that participation in elections should require a pro-active step on the voter’s part to register. It is certainly the case that adding AVR would require major technology updates to any VR system, but that is no reason to label current systems as antiquated. While some may have a political agenda for nationally uniform automatic registration, that agenda has no place in any recommendations to strengthen cyber security of the state IT systems that manage voter records.

Of the nine recommendations, four are part of existing Election Official practices. EOs already have done, or are in the process of doing, a significant hardware and system transition. That transition includes efforts to replace aging unreliable machines, replace paperless voting machines, and support post election ballot audits. Similarly, there is an ongoing shift in ballot audit processes to adopt scientific and statistically sound methods for people to cross-check the work of fallible voting technology. (The scientific basis ensures the minimum effort for the maximum assurance that machine malfunction did not change an election result.)  Most recently, Colorado and New Mexico have made notable progress. In recommending these and other activities, we should respect that EOs already understand their importance and are pursuing them. Some EOs certainly could use assistance and encouragement that starts with respect.

Likewise, EOs already perform pre-election testing on voting machines, to the best of their abilities. But those abilities are limited by shortcomings of the voting systems that they have. One limit of particular concern is that most if not all voting machines in use today lack support for EOs to feasibly and accurately validate them. Such validation should consist of means to assess each voting machine to ensure that it remains in the original certified configuration, without modification or tampering. Given that limitation, EOs are already doing all the testing that’s meaningful to detect malfunction and unreliability.

So yes, these recommendations are sensible, but more importantly, let’s commend EOs. Let’s ask them, “What more you need to strengthen existing practices or accelerate in-progress changes?” — not just tell them to do what they are already doing.

Two other CAP recommendations are about information sharing and coordination. Even leaving aside the inappropriate “mandatory” reporting idea, these two recommendations don’t recognize the extent of these and other related activities that are already ongoing: several organizations have started collaborating in the formation of election infrastructure (“EI”) as a new critical infrastructure (“CI”) sub-sector.  CAP provides helpful background to those new to CI: information about ISACs, the role of the intelligence community, the existing MS-ISAC, National Intelligence Priorities Framework, the Cyber Threat Intelligence Integration Center and so forth. And it’s good to note one meeting hosted by EAC and DHS.

However, such meetings are part of an ongoing process in which we need to identify the key stakeholders, not just these Federal organizations and programs. EI sector formation activities already include leading local EOs, state EOs, and their organizations and associations including NASS and NASED. Rather than recommending general goals for activity in the EI sector or the community as a whole, we should be commending. Let’s commend EOs and all the stakeholder organizations for the formation work that they are already doing, and ask them, “What resources could accelerate the process?”

But further yet, we should identify specific aspects of work in progress that can be supported and accelerated by EI sector formation and sector organizations. For example, statewide uniform practices for risk limiting audits might emerge from both: inter-state information sharing that enable some states to learn from the early work of others; intrastate sharing of audit experiences to determine what works in the specific environment of each state. Intrastate sharing and cross-state local learning might also be fortified by more local stakeholder organizations, such as each state’s association of local EOs, and IAOGO.

Similarly, CAP’s “require minimum cyber security standards” for voter registration (“VR”) systems should not be cyber-operations standards imposed by some authority. Rather, effective VR security measures should emerge from on-going EI sector information sharing activities including: survey of existing practices, ongoing security assessment and remediation, and lessons learned by some states that can guide other state’s activity. The need is certainly urgent, given attacks in 2016, but professional assessment and practical remediation are called for, not top-down rules that might interfere with implementing lessons learned form the cross-state sharing activity that’s already in progress.

To close, I want to re-emphasize that most of the CAP recommendations are sound at the core, but would be better with a couple improvements:

Our EOs are hardworking public servants who just received a new unfunded (for now) mandate to manage their election assets as critical infrastructure. There’s a lot to learn, and a lot to do. The election integrity and technology community can have a helpful and supportive role, but it needs to start with both gratitude and respect for EOs’ work.