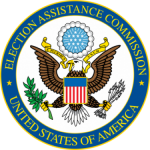 Last time I wrote in this series on the EAC being dismantled, I used the metaphor of freezing and thawing to describe not only how the EAC’s effectiveness has been limited, but also the consequence:

We now have voting systems that have been vetted with standards and processes that are almost as Jurassic as the pre-Internet era.

This time I need to support my previous claims by explaining the freeze/thaw cycle in more detail, and connecting it to the outcome of voting systems that are not up to today’s job, as we now understand it, post-2016.

EAC’s first try at voting system quality started after the year 2000 election hanging chad debacle, and after the Help America Vote Act (HAVA) designed to fix it. During the period of 2004 to 2006, the EAC was pretty busy defining standards and requirements (technically “guidelines” because states are not obligated to adopt them) for the then-next-gen of voting systems, and setting up processes for testing, review, and certification.

That first try was “good enough” for getting started on a way out of the hanging chad morass, but was woefully inadequate in hindsight. A beginning of a second try resulted in the 2007 recommendations to significantly revise the standards, because the hindsight then showed that the first try had some assumptions that weren’t so good in practice. My summary of those assumptions:

Even in 2007, and certainly even more since then, we’ve seen that what these assumptions actually got us was not what we really wanted. My summary of what we got:

And that’s where the freeze set in. The 2007 recommendations have been gathering dust since then. A few years later, the freeze set in on EAC as well, which spent several years operating without a quorum of congressionally approved commissioners, and not able to change much – including certification standards and requirements.

That changed a couple years ago. One of the most important things that the new commissioners have done is to re-vitalize the process for modernizing the standards, requirements, and processes for new voting system. And that re-vitalization is not a moment too soon, just as most of the nation’s states and localities have been replacing decaying voting machines with “new” voting systems thatare not substantially different from what I’ve described above.

That’s where the huge irony lies – after over a decade of inactivity, the EAC has finally gotten its act together to try to become an effective voting system certification body for the future — and it is getting dismantled.

It is not just EAC that’s making progress. EAC works with NIST, and a Technical Guidelines Working Group (TGWC), and many volunteers from many organizations (including ours) that working in several groups focused on help the TGWC. We’ve dusted off the 2007 recommendations, which address how to fix at least some of those consequences I listed above. We’re writing detailed standards for interoperability, so that election officials have more choice about how to acquire and operate voting tech. I could go on about the range of activity and potential benefits, but the point is, there is lot that is currently a-building that is poised to be frozen again.

I believe that it is vitally important, indeed a matter of national security, that our election tech makes a quantum leap forward to address the substantial issues of our current threat environment, and the economic and administrative environment that our hardworking election officials face today.

If that’s to happen, then we need a way to not get frozen again, even if the EAC is dismantled. A look at various possible ways forward will be the coda for this series.