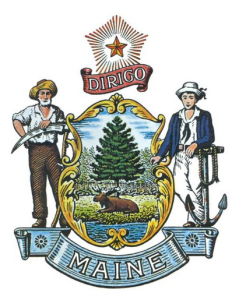 Many have noted with interest some draft legislation in Maine that mandates the exploration of how to use blockchain technology to further election transparency.  My comment is, to quote one well known sage, “Don’t Be Hasty”. First, though, let me say that I am very much in favor of any state resolving to study the use of innovative tech elections, even one as widely misunderstood as blockchains. This bill is no exception: study is a great idea.

However, there is already elsewhere a considerable amount of haste in the elections world, with many enthusiasts and over a dozen startups thinking that since blockchains have revolutionized anonymous financial transactions — especially via BitCoin — elections can benefit too. But actually not a lot, at least in terms of voting. As one of my colleagues who is an expert on both elections and advanced cryptography says, “Blockchain voting is just a bad idea – even for people who like online voting.” It will take some time and serious R&D to wrestle to the ground whether and how blockchains can be one of (my count) about half a dozen innovative ingredients that might make online voting worth trying.

However, in the meantime, there are plenty of immediate term good uses of blockchain technology for election transparency, including two of my favorites that could be put into place fairly quickly in Maine, if the study finds it worthwhile.

In each case, there is a public interest in knowing the entirety of a set of transactions that have an impact on every election, and in being able to know that claimed log of transaction records is the legitimate log. Without that assurance of “data provenance” there are real risks of disinformation and confusion, to the detriment of confidence in elections, and confusion rather than transparency. Publication of these types transaction data, with the use of blockchains, can provide the provenance that’s needed for both confidence and transparency. Figuring out the details will require study — Don’t Be Hasty — but it would be a big step in election transparency. Go Maine!