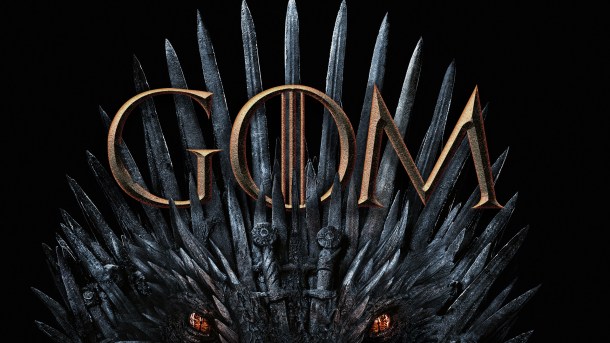 [Editor Note: As this is going to publication (posting), the Secretary of State of Georgia has announced that he will direct a complete audit of all 5 million ballots in Georgia, which is essentially going to be conducted as a hand recount.  Stay tune for an updated posting to explain what that means. The balance of this article remains viable for a layperson brief on how recounts work.]

It remains to be seen exactly how things will unfold, but President Trump has raised the prospect of recounts in one ore more states, and at least one Secretary of State (in Georgia) has indicated the same. A few days ago, President Trump’s campaign stated it will request a recount in Wisconsin, where unofficial totals show Trump trailing by approximately 20,000 popular votes. President Trump also intends to initiate law suits in a few other states where he believes there is cause for recounts.

As the final votes continue to trickle in from the remaining polling precincts around the country, the margin of victory for President-elect Biden continues to widen in Pennsylvania, Nevada, and Arizona, with the prospect of a recount in any of these states unlikely. Thus, with the Georgia Secretary of State’s pronouncement this week, Georgia may be the only state to proceed with a recount (where at the time of this writing, President-elect Biden leads the President by more than 14,000 popular votes in Georgia and more significantly, Biden does not need Georgia’s 16 electoral votes to win the election). While that may not have any impact on the presidential race and its certified results, the outcome of a recount could be a barometer to evaluate Georgia’s two Senate runoff elections this coming January 5th, 2021.

A cornerstone to trustworthy elections is a recount process to ensure accurate outcomes. Likewise, trust in the recount process is essential. So, below I offer an explanation for how recounts are conducted in just the states of most potential consequence in the coming weeks.

Because it’s easy to get bogged down in the ‘legalese’ and partisan arguments about the vote count, recounts, and related regulations, below I try to provide you with a layman’s guide to the Georgia recount process, which would not differ greatly from most other recount procedures around the country. We also offer some basic guidelines about some of the other states President Trump appears poised to challenge.

The major differences between states is in their margins for automatic recount triggers, and the agency of candidates when it comes to filing for a recount (some states, like Pennsylvania and Arizona, may only conduct a recount if there is a close enough vote margin between the top candidates, as I observe further below).

Here is a quick overview of facts. Our colleagues at FairVote produced a November 2020 report by Deb Otis, Declan Alvidrez, and Austin Bartola examining statewide election recounts outcomes and practices in the United States. This builds on prior versions of the report, and they used a compilation of data across the 20 years of 2000 to 2019 including:

Their newest version builds on the same findings made in the 2016 edition, with the four most important findings in 2016 remaining true today:

Before I delve into the recount basics for Georgia, this game of margins is playing at full speed (as our Editor notes at the top of this post). So, I must first observe that:

What is about to happen in Georgia is not a recount at all, at least not strictly speaking under Georgia law.

That perhaps explains why so many have complained about the confusing words that Secretary Raffensberger has been using lately.

Legally speaking (as a non-practicing lawyer) in terms of Georgia law, the “audit” that is about to be conducted in Georgia does not meet the requirements of a recount (as outlined below).  Actually, it’s packaged as what we call in this neck of the woods a “risk limiting audit where the risk is set to zero.”  That means rather than creating a selection of ballots to review, the “selection set” is the entire population of ballots — some 5+ million.

The great statistician in this space, Philip Stark describes it well. Let me unpack that a bit here and note that we’ll soon post another explainer on audits and Georgia, so I do not want to drift into a rabbit hole on this. But…

The current vote count for Georgia today shows Joe Biden winning the election by ~14,000 votes. That’s a margin of 0.3%. Three tenths of one percent is tight in this game of margins. When a risk-limiting audit is performed, the number of ballots reviewed is based on the margin.  The tighter the margin, the larger the sample size needs to be, and conversely the wider the margin the fewer ballots required to be examined. It turns out that in Georgia that .3% means that over 1.5M ballots would be required.  Ouch.  So, it would be less work to simply use every single ballot than going through the ordained process for ballot selection to acquire 1.5M of the 5M+ total.

So, what is being “pitched” or “positioned” as an “audit” while bypassing the normal audit procedures is effectively a re-tally, by hand.  I’ll defer any more on this little hot mess to a future article (watch this space) and return you to the point here… a simple explainer on how recounts are actually supposed to work.

In Georgia, a recount can be initiated by three different mechanisms: a close vote margin, a candidate-initiation, or election official-initiation.[1] Sparing you the legalese and raw regulatory code, here’s what that means: [2]

Once a recount is requested and scheduled by the Secretary of State alongside relevant election superintendents, it occurs by passing all ballots cast for a specific race through an optical ballot scanner (a machine that counts paper ballots). Georgia Secretary of State Raffensperger had earlier indicated that in each of Georgia’s counties, they would scan paper ballots through a centralized high-speed scanner, which is integrated with voting system software. Traditional-format paper ballots from absentee/by-mail and summary-format QR code ballots from in-person ballot marking devices will all be re-scanned for tabulation.

If anyone has tremors over the possibility of a Bush v. Gore (election 2000) type showdown, it’s unlikely. Not only were the voting machines in Florida during the 2000 election ripe for ambiguity, the results were far closer and consequential than they are now. In 2000 it was a matter of 537 votes in Florida that determined the presidency.[9]  In 2020 for Georgia, there is currently a margin of over 14,000 votes (and between 16,000 and 43,000 votes for Arizona, Nevada, Wisconsin and Pennsylvania respectively.) In fact, it is now a matter of whether Biden will break 300 electoral votes. With that in mind, let us take a quick tour of those remaining four states that could be subject of President Trump’s legal pursuits.

In Arizona, the race was called for Biden. Campaigns cannot request a recount, they can only be triggered automatically when there is a margin of less than or equal to 0.1 percentage point. Said differently, in Arizona, state law requires a recount when the margin between the top two candidates is equal to or less than one-tenth of one percent of the total number of votes cast. Biden was awarded Arizona by 16,985 popular votes, which is 0.5194 percent, thereby eliminating the possibility of a recount unless that margin were to change due to remaining provisional ballots to be counted.

In Nevada, the race was called for Biden. Trump’s campaign may request a recount within three working days of the final canvass of popular votes, no matter the margin — however, Trump must immediately pay a deposit to cover the estimated cost of the recount. If Trump were to end up winning the race after a recount, that deposit would be returned. But if the recount shows that Trump did in fact lose Nevada, then his campaign would have to pay the costs of the recount.

In Pennsylvania, the race was called for Biden. There are mandatory recounts for any race that has a margin of 0.5% or less that must be completed within three weeks of an election. The 47,726-vote lead Biden holds as of this writing (slightly more than when the race was called on Saturday) is outside that margin (at 0.7118%). Secretary of State Kathy Boockvar would have been required by law to order a recount if the winning margin was 0.5 percent or less. The recount would need to be ordered by 5 p.m. on November 12th and completed by November 24th. Campaigns can also request recounts, no matter the margin, within five days of canvass completion. And a recount can also be triggered in each county if requested by three voters.

In Wisconsin, the race was called for Biden. Vote margins must be within one percentage point for a campaign to request a recount. There are no automatic recounts in the state, and the campaign that requests it must pay for it. It must be completed within 13 days of the formal recount order. The request must be submitted within three days of the state’s official county canvass. Under state law, a candidate may request a recount if the margin is less than one percent. The request must be made no later than 5 p.m. on the first business day after the state has received final results from the state’s counties. The race was called by a margin of 20,540 votes or 0.634%, which is less than the 1 percent threshold, and thus the motivation for Trump calling for a recount.

However, a successful recount would require the over-turning of at least 20,540 popular votes and for the likelihood of success on that, I return you to our opening comments about the historical performance of recounts as provided by our colleagues at FairVote.

[5]     The full test process, which is a bit more complicated, involves drawing 100 ballots altogether (75 in person and 25 absentee) from at least three precincts relevant to the recount, and running them through the scanner being tested alongside a hand count of the same ballots.