And Why It’s an Ongoing, Trustworthy Process—
A Sober Explanation 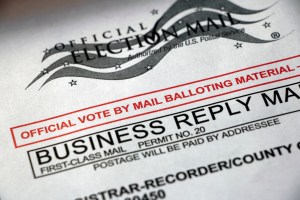 As the process of ballot counting continues under intense scrutiny in several competitive states, some are wondering about a basic issue:

What exactly does it mean when the media or election officials say that “more ballots have arrived,” or “we’re processing more ballots”?

In other words, many citizens (and even journalists) might be wondering…

“Additional ballots” are arriving either from ongoing mail deliveries from the U.S. Postal Service (USPS), and/or “new ballots” are ready to count because election officials have prepared additional batches of recently-arrived ballots for the actual scanning process, strictly speaking.

* Some states, for example, allow voters to use drop boxes across the state, and even if a ballot is received timely in a drop box in one county, it may need to be exchanged/transferred to another county for actual counting; that can take time.

Now For the Details

So, having read this far, you care about the details, and we appreciate that, so let’s do this.

To put a wrap on this, as you can imagine from these details, counting ballots is an intensive, laborious, and multi-step process. Election officials are essentially working in an assembly line fashion, over long hours, to prepare more and more ballots for the scanning machines—and in some instances mail is still arriving from the U.S. Postal Service, adding to the batches that must be fully reviewed and validated for tabulation. This incremental process also explains why results are periodically “updated” as more batches of ballots are tabulated.

In sum, counting ballots is more than just counting; it’s demanding work, with rigorous protocols to protect the integrity of the vote. If you wonder why it seems like more ballots are “arriving,” or “showing up,” or why the process seems to take a long time, remember this:

States are trying to accept as many valid ballots from as many eligible registered voters as possible, in accordance with duly-implemented state laws and policies; and they are following methodical steps to verify that all requirements have been met. That’s a free and fair election that values both integrity and voter participation.

So, we all need to remain calm and carry on; democracy is at work here—just the way the framers intended.