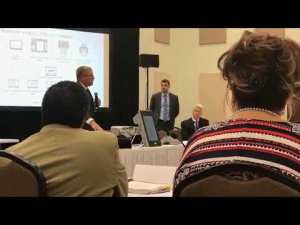 The State of Georgia continues to be a fascinating laboratory for items of concern in US election administration practices. Based on recent developments, in addition to past stories about conflicts of interest, voter suppression, cybersecurity vulnerabilities, and aged paperless voting technology, we can add a new concern to the list: questionable recommendations from a statewide commission assessing options for a future statewide voting system.

In its January 10, 2019 final report, the Georgia Commission for Safe, Accessible & Fair Elections (SAFE Commission) rejected the recommendations of its own cybersecurity expert and recommended that the state legislature purchase touchscreen ballot marking devices for use by all voters, rather than traditional hand-marked paper ballots. While both models of voting include “paper trails,” not all “paper trails” are equally effective. Traditional paper ballot implementations and hybrid touchscreen-voting-for-all are different in many important respects.

The Georgia SAFE Commission’s report raises important issues related to voting technology that are relevant not only for Georgia, but for legislators and election administrators across the country. At a time when durable, auditable paper trails are being discussed as important enhancements to the security and integrity of our elections, it is important to understand that not all “paper trail” solutions are created equal. Some approaches are simply better than others.

At the OSET Institute in general, and of course here at the TrustTheVote Project, we believe that hand-marked paper ballots, supplemented by select numbers of accessible ballot marking devices, are strongly preferable to touchscreen hybrid devices for general use by all voters. This conclusion is based on concerns in four high-level areas, summarized below:

We’ve prepared a paper on this matter that goes into more detail about the decision and a comparison of paper trails.  You can see it here.

To future purchasers of new voting systems we say: Take note of this tale of two paper trails. Simplicity is your friend, and so is Occam’s Razor.