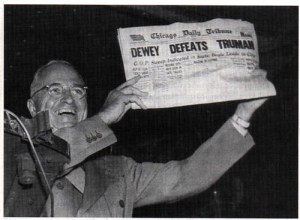 An important conversation took place this morning between the Election Assistance Commission (EAC) and several key stakeholder groups and federal agencies. The call was convened to discuss the security of election processes ahead of this year’s presidential election. The conversation comes at a critical time for our nation as we take stock of the growing list of challenges faced by our Local Election Officials (LEOs.)

The EAC should be commended for its leadership in this space and for the work that they do in partnership with both LEOs and state officials. Conducting elections in the United States is truly a team effort and this type of engagement is critical to the health of our democracy. We agree with the EAC’s statement that:

Secretaries of State and state and local election officials are doing everything in their power to be prepared for possible security threats and that they take that responsibility extremely seriously.

This statement speaks to a reality of the American system of elections: Any effort to secure our critical democratic infrastructure must run through, and not around, local election offices. To ensure success we must support our LEOs in what has become a critical, yet often thankless job.

The threat to our election infrastructure will not be of the kind that sees thousands of machines and polling places taken out of service across the country. To put it bluntly, that’s not how it works. In fact, we’ve used this space before to note that the diversity of our election systems can be viewed as an advantage in securing our current infrastructure.

A widespread attack is not the primary threat to our system, but a targeted attack in even a single precinct of a swing state could have a devastating impact on the public’s confidence in the political process. This type of attack is much more likely.

The only way we can lose in my opinion — I really mean this, Pennsylvania — is if cheating goes on…

This type of rhetoric is a paradigm shift for LEOs and we must help them prepare for the road ahead. We know that no election is perfect and mistakes will be made, but in this new reality even minor missteps will we viewed as evidence of systemic corruption.

A Secretary of State once told our team that our job was to keep him off the front page of the local newspaper. If all goes to plan, then the conversation will be about the results and not the process. Unfortunately, that option is not available to LEOs this year.

Let’s be realistic. There is a reality distortion field that covers this election. Speculation is rampant and it’s difficult for the public to know who to believe. We must prepare LEOs for both real threats to their systems and the public relations challenges they will face before, during, and after election day. This is a part of – not in addition to – the task of securing our elections.

We believe that the integrity of the election process will be secured by ensuring the competency of election systems AND the confidence of the voters who use them.