Work on something that matters

The Open Source Election Technology (OSET) Institute is working on what we consider the most important civic/government technology project ever—the administration of elections in defense of democracy.

Election security and voter engagement in the United States are at risk due to a deteriorating election infrastructure. We have a solution: reinvent election technology by using open data, open standards, and open source to increase confidence in elections and their outcomes, and help preserve our democracy.

In the United States, elections are large, complex social processes. Our elections are not centrally managed. They are run by 3,143 counties managing 185,000 polling places with contests in over 10,000 jurisdictions. Because U.S. elections are broadly decentralized, there is no unifying technology to ensure voting integrity or create a consistent, convenient voting experience. 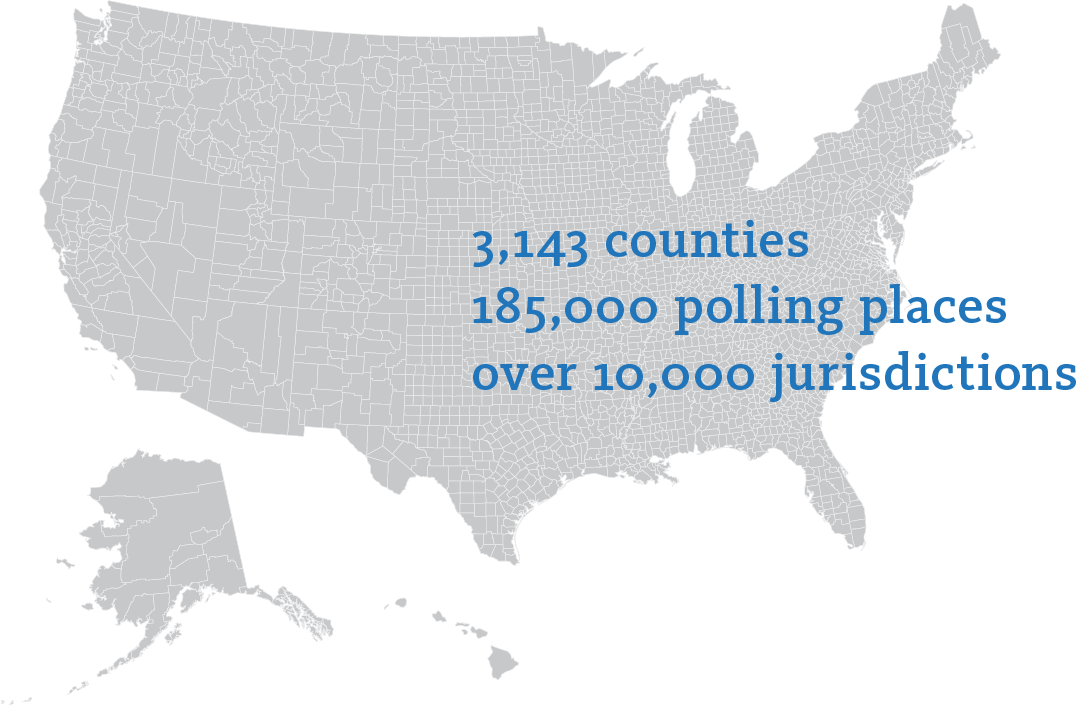 Elections today are conducted with a small number of largely proprietary or closed systems from three primary vendors who control 85% of the U.S. market and 75% of the global market. These systems are aging out—even obsolete, and inherently insecure in design at the hardware layer.

The vast majority of our voting systems use computers introduced 15 years ago—2 years before the first generation iPhone was launched. In that span of a decade, we’ve changed our mobile devices 2-3 times and our computers at least twice. However, critical machinery of our democracy now relies on “spare parts” with unsupported system software.

Much of the election technology we use today is poorly designed and at the end of its useful life. It is not hyperbolic to suggest that the integrity of our democracy is at risk.

Today’s voting equipment is supplied by a small number of private companies who have little incentive to innovate: after all, the market for election technology is relatively small, and local governments have very limited budgets.

And yet, this equipment amounts to “critical democracy infrastructure.”

As reported in 2013 by the Presidential Commission on Elections Administration, 90% of U.S. election jurisdictions will need to replace that infrastructure within the next 10 years.

The causes of this situation are many and complex, but the bottom line is that our political system and our market system have not been able to deliver innovation in elections technology.

We think we have a better way.